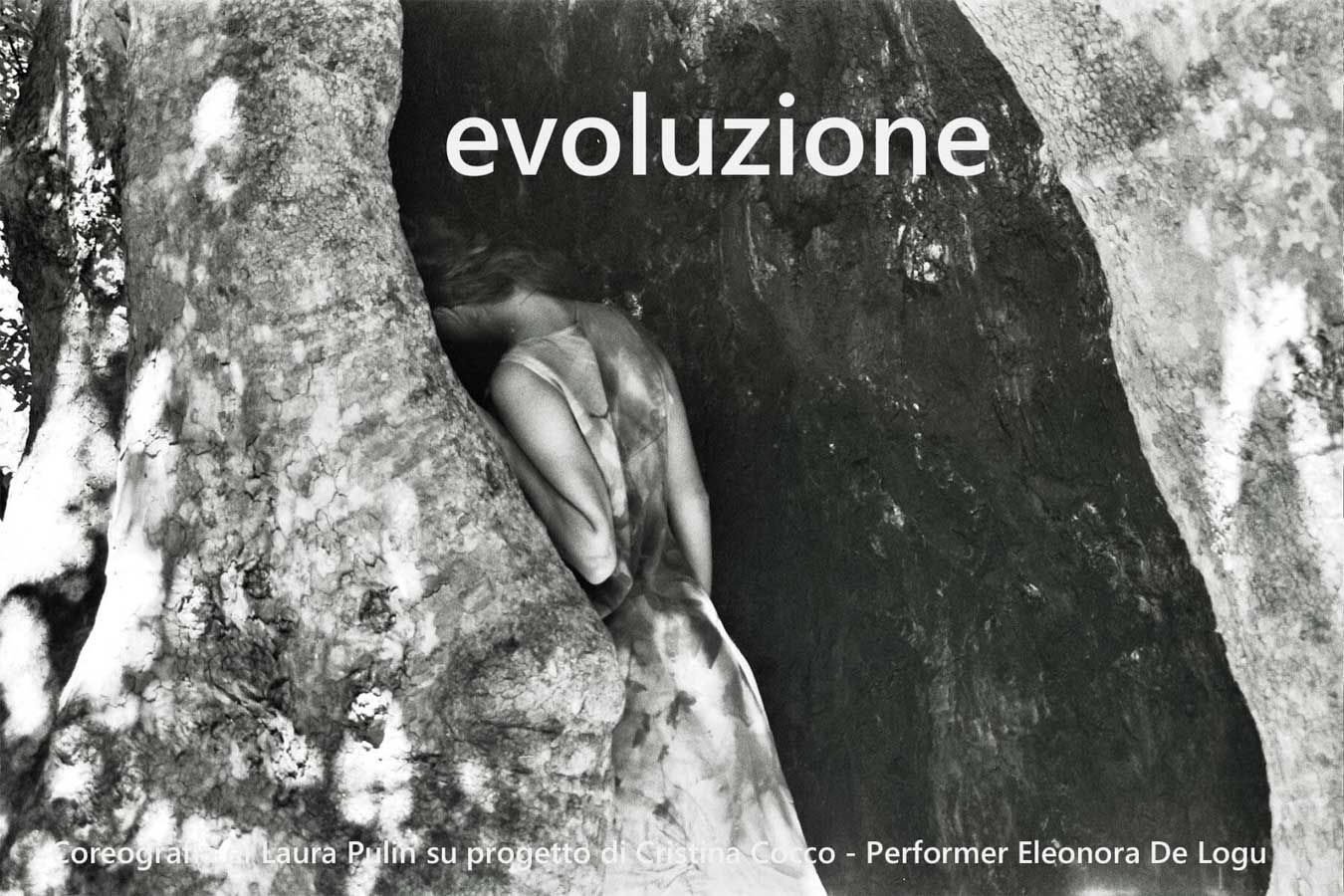 Walking along the avenues of the extraordinary Botanical Garden of Padua and carefully observing the wonders that animate it, the evocative image of the imposing Oriental Platano (Platanus orientalis), suggested to the artist Cristina Cocco the idea of ​​organizing a “nocturnal” at the same time at the “evoluzione” exhibition housed in the Araucaria room of the Botanical Garden of Padua.

For years, the Paduan artist Cristina Cocco has been carrying out a research project based on the interpretation of the theme of the cycle of nature in our time that has upset the identity that has come down to us from millions of years of evolution.
His painting found the botanical gardens as the place of choice, where the magnificent integrity of plant species has been preserved intact. The poetic investigation relating to his research begins with the curious and methodical observation of the water lilies, Victoria cruziana and Euryale ferox, evoking the phases of an ideal process of evolution that takes place in the silent water of the pond.
The first phase of this work culminates in the 2006 exhibition at the Scuderie di Palazzo Moroni in Padua, where the artist presented a series of canvases that already introduce the passage from the wonder of flowering, from the evocative shapes and enchanting colors, to the subsequent decomposition, however, it heralds a future regeneration.
Recently, walking along the avenues of the extraordinary Botanical Garden of Padua and carefully observing the wonders that animate it, Cristina Cocco stopped to admire the imposing Oriental Platano (Platanus orientalis) whose characteristic is a sinuous crack from which the artist glimpsed figures that moved, stretching and writhing, as if they were inside the mother’s body.
This evocative image suggested to the artist the idea of organizing a “nocturnal” at the same time as the “Evolution” exhibition housed in the Araucaria room of the Botanical Garden of Padua.
The music of a flutist will be the background accompanying the guests to the seats positioned in front of the large oriental Platano where they will witness the performative intervention of two actors, an actor and an actress, who will read a text by Paul Valéry Dialogue of the tree ( Dialogue des arbres), where Lucretius and Titiro dialogue, that is, the sense of living nature and natural song. This moment will be accompanied and interpreted by the evocative sound of the harp and flute.
In the cerulean blue of dusk, a few seconds of silence will act as a transit towards the last phase in which the strong beating of the heart, simulated by a percussion, will split the air, starting the dance. From the sinuous crack of the Platano, the shadow of a fetal figure will begin to be seen, whose movements will wander in infinite depths of peace as in a huge belly. The performance foresees, at a certain point, the exit of the fetus from the maternal womb to go towards the world and its enigmas, in that circle that goes from death to life and from life to death. 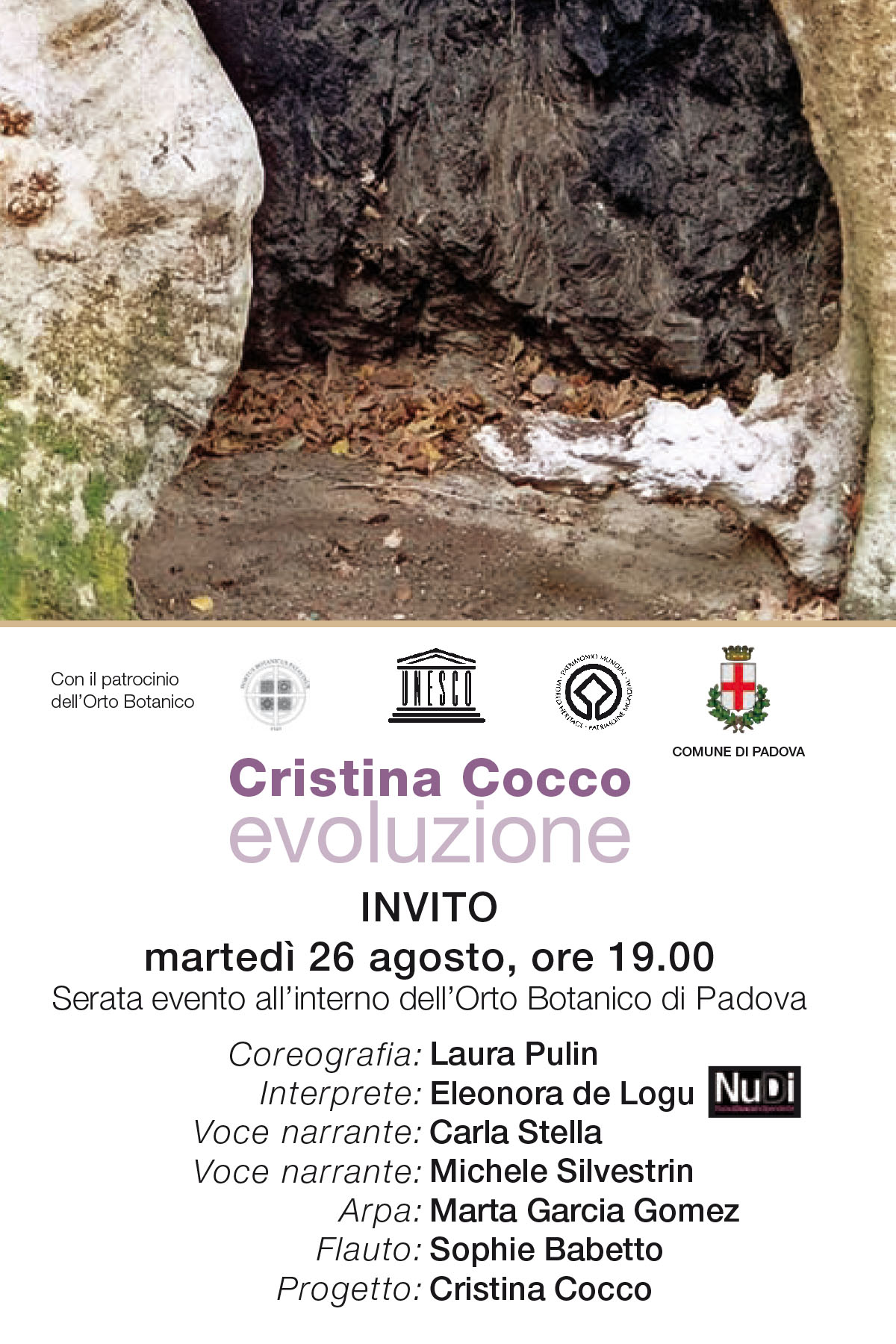 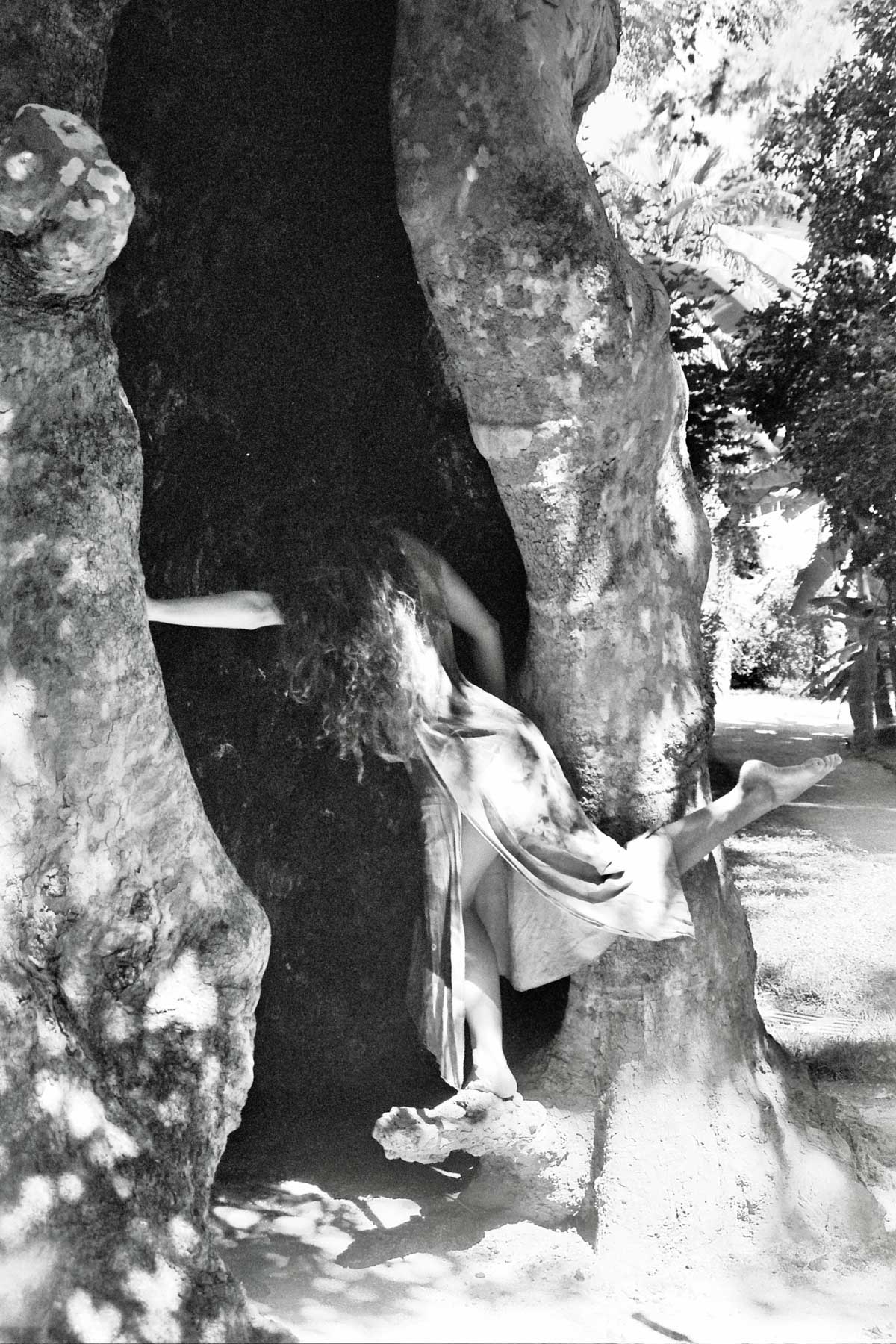 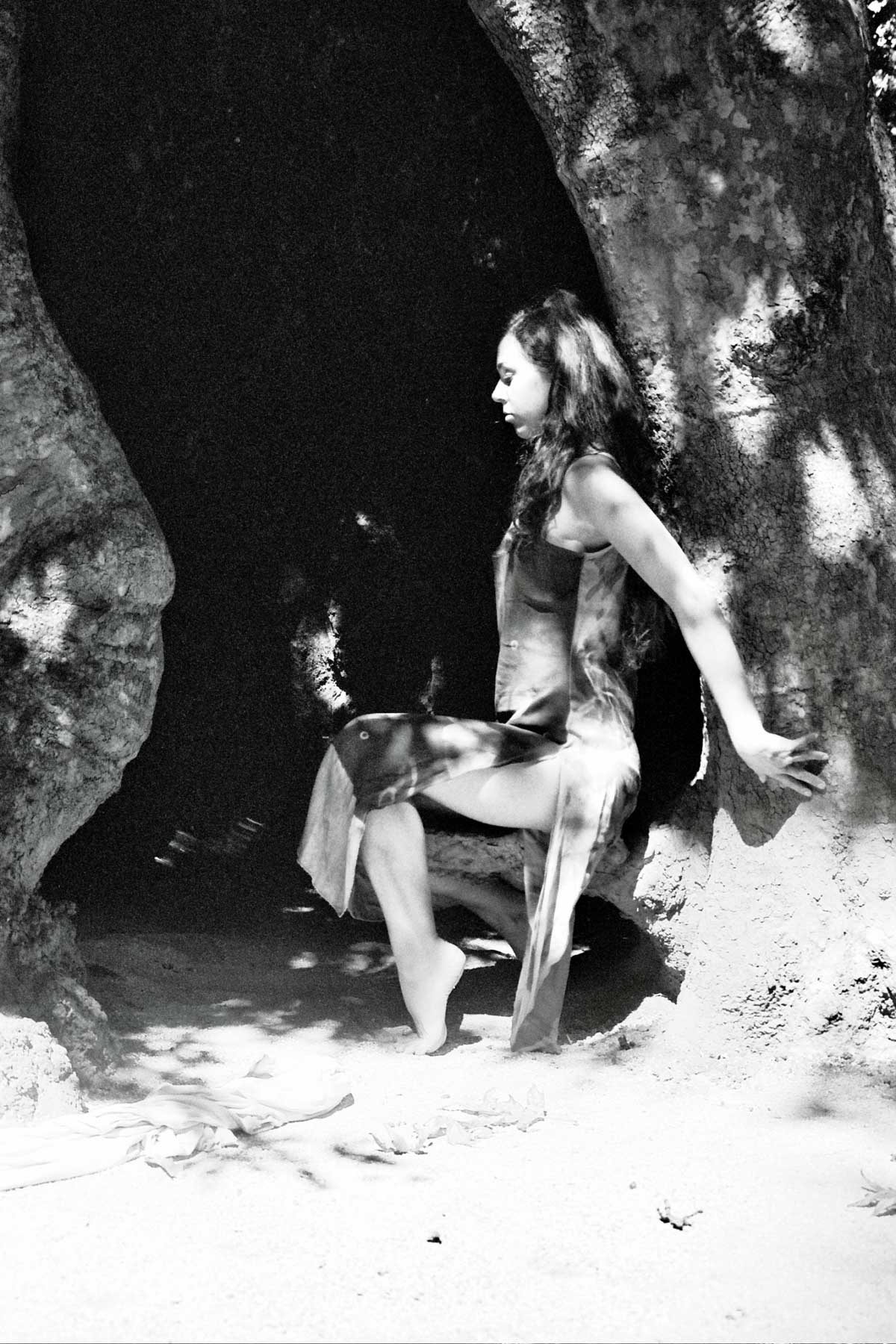 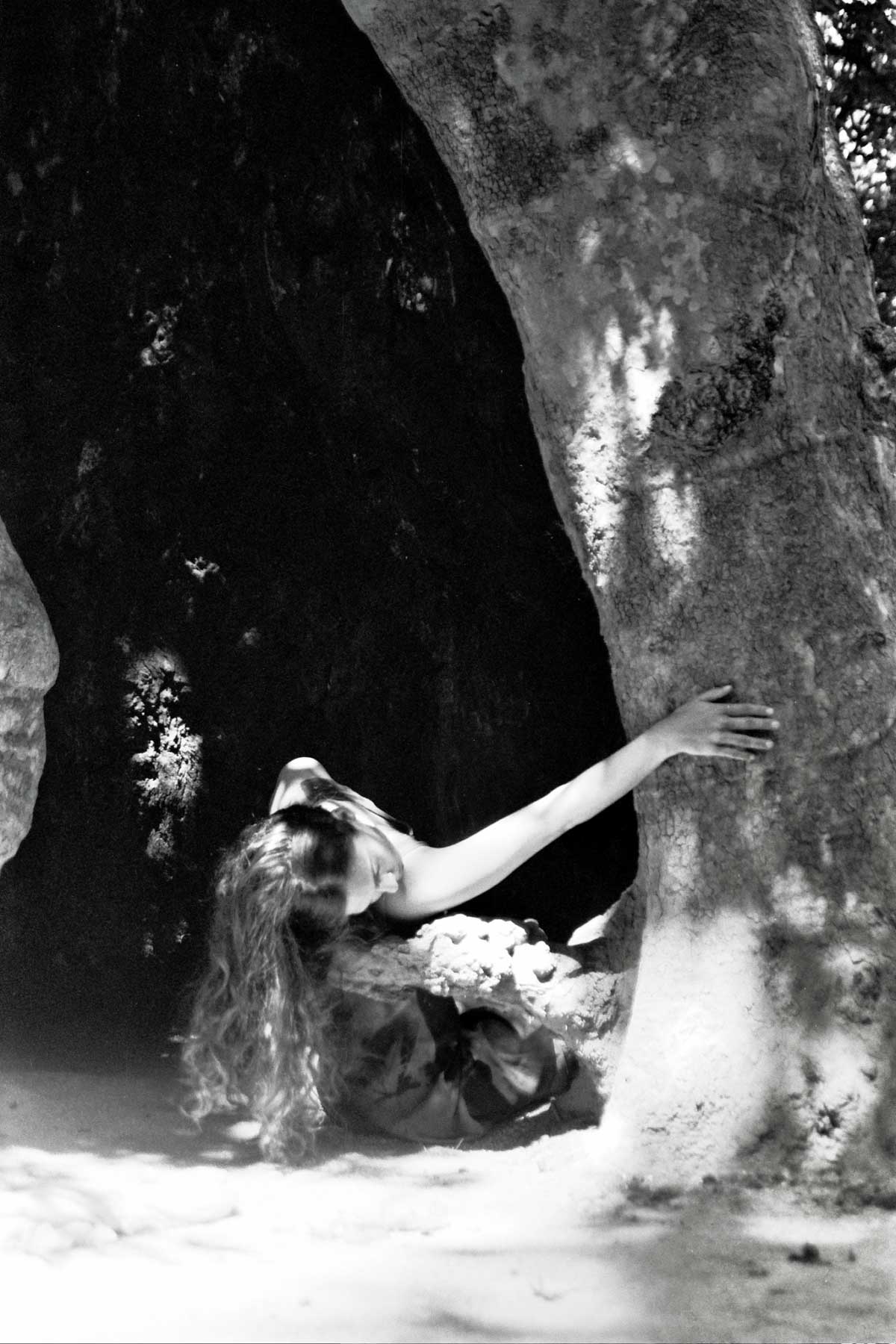 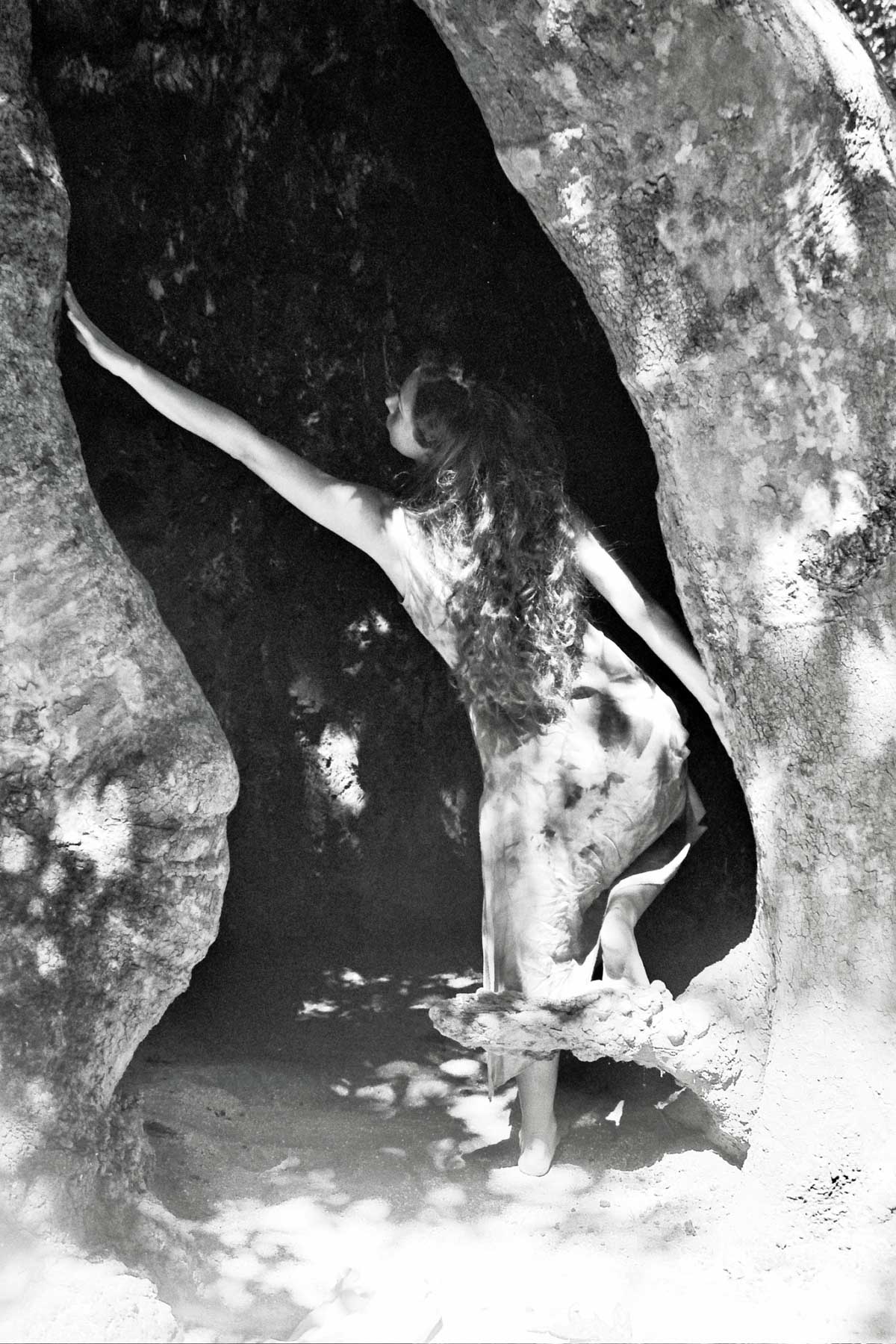 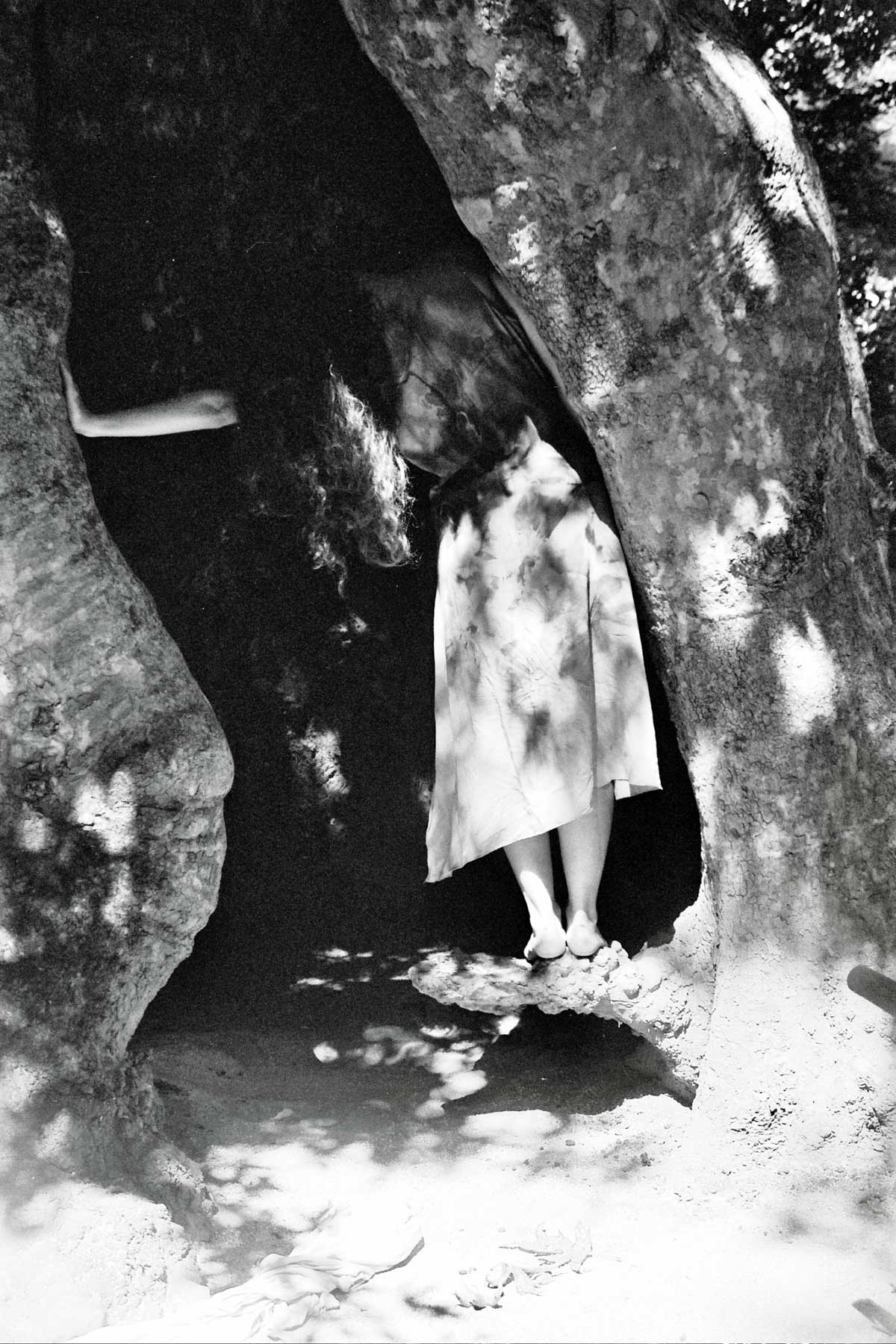 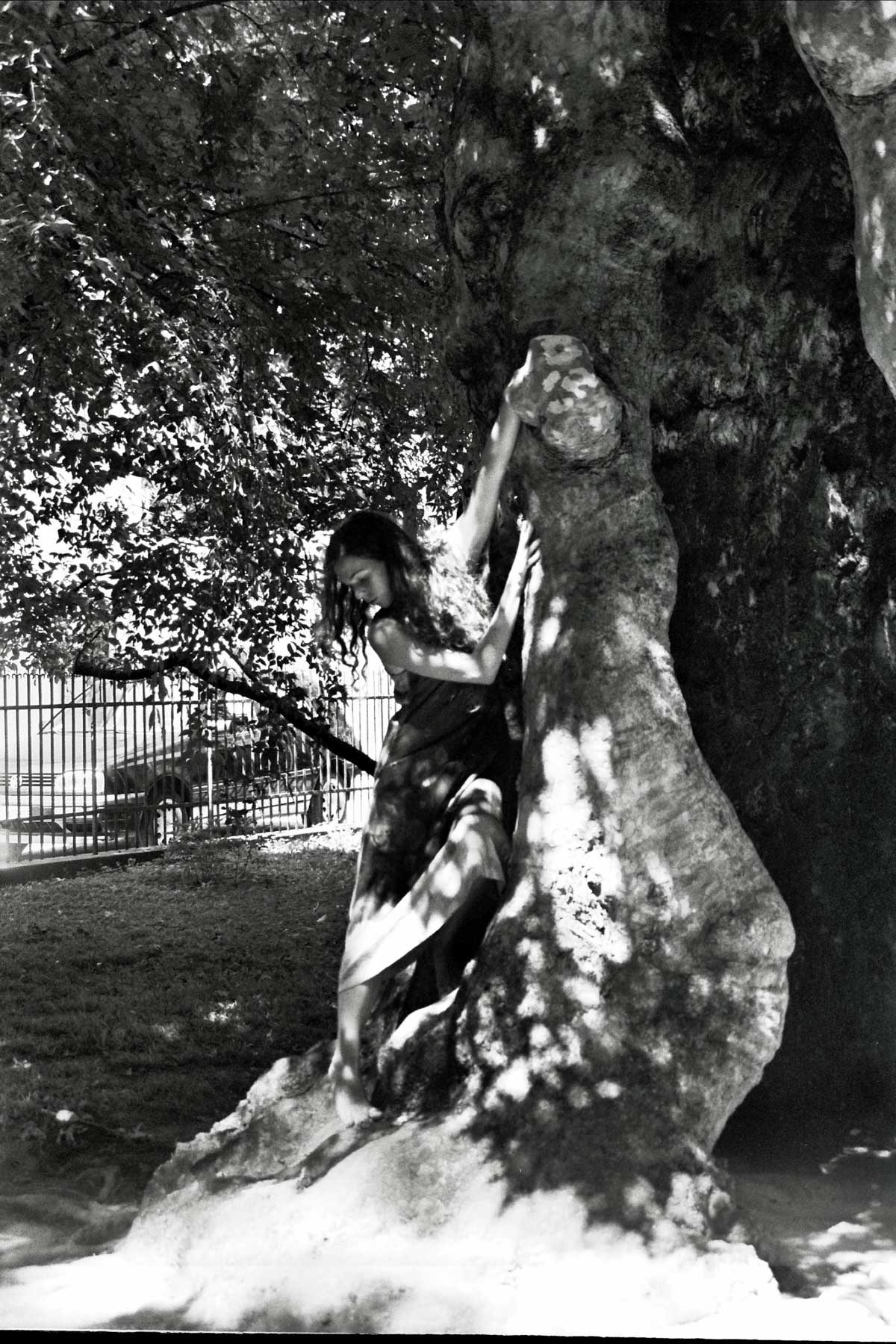 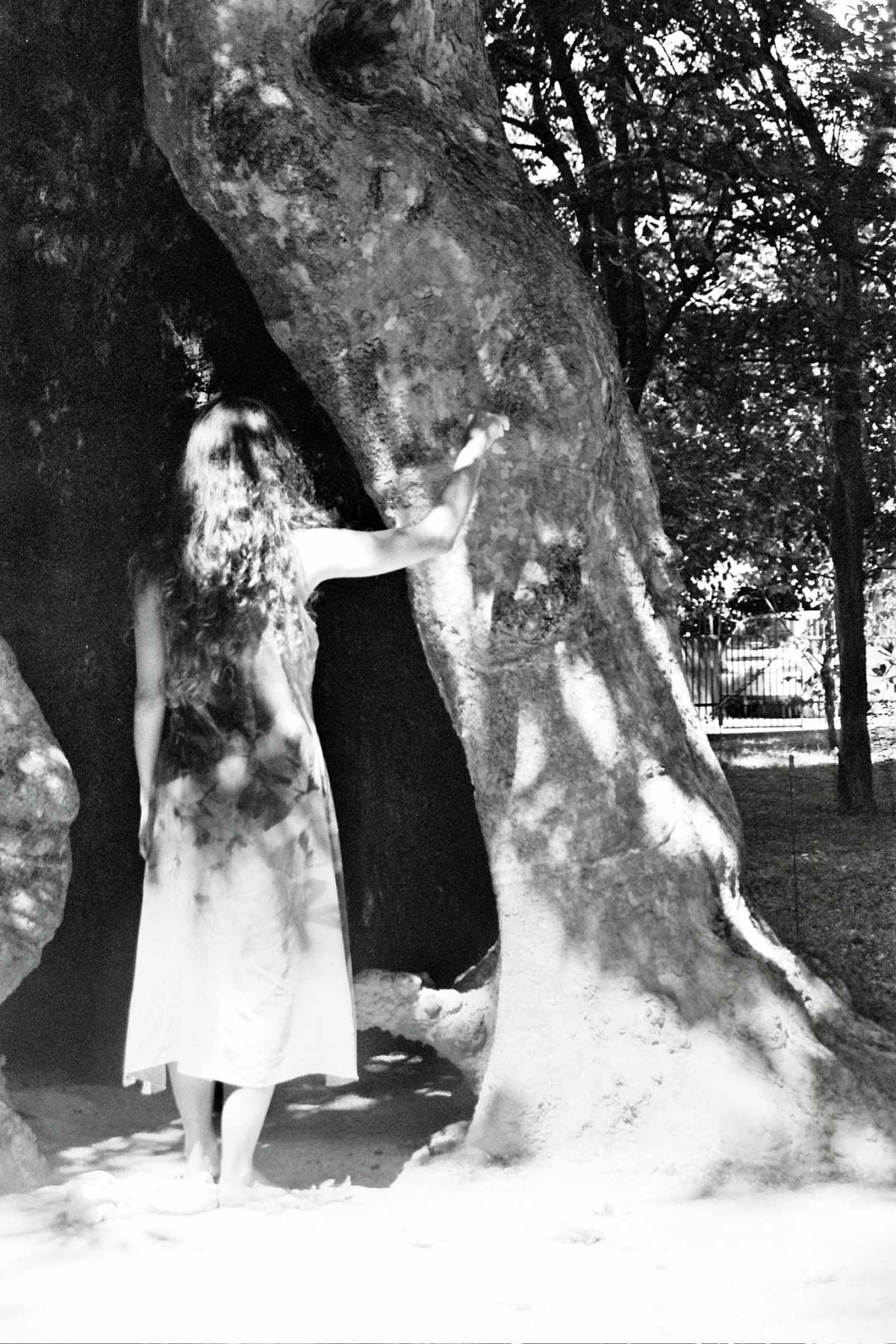 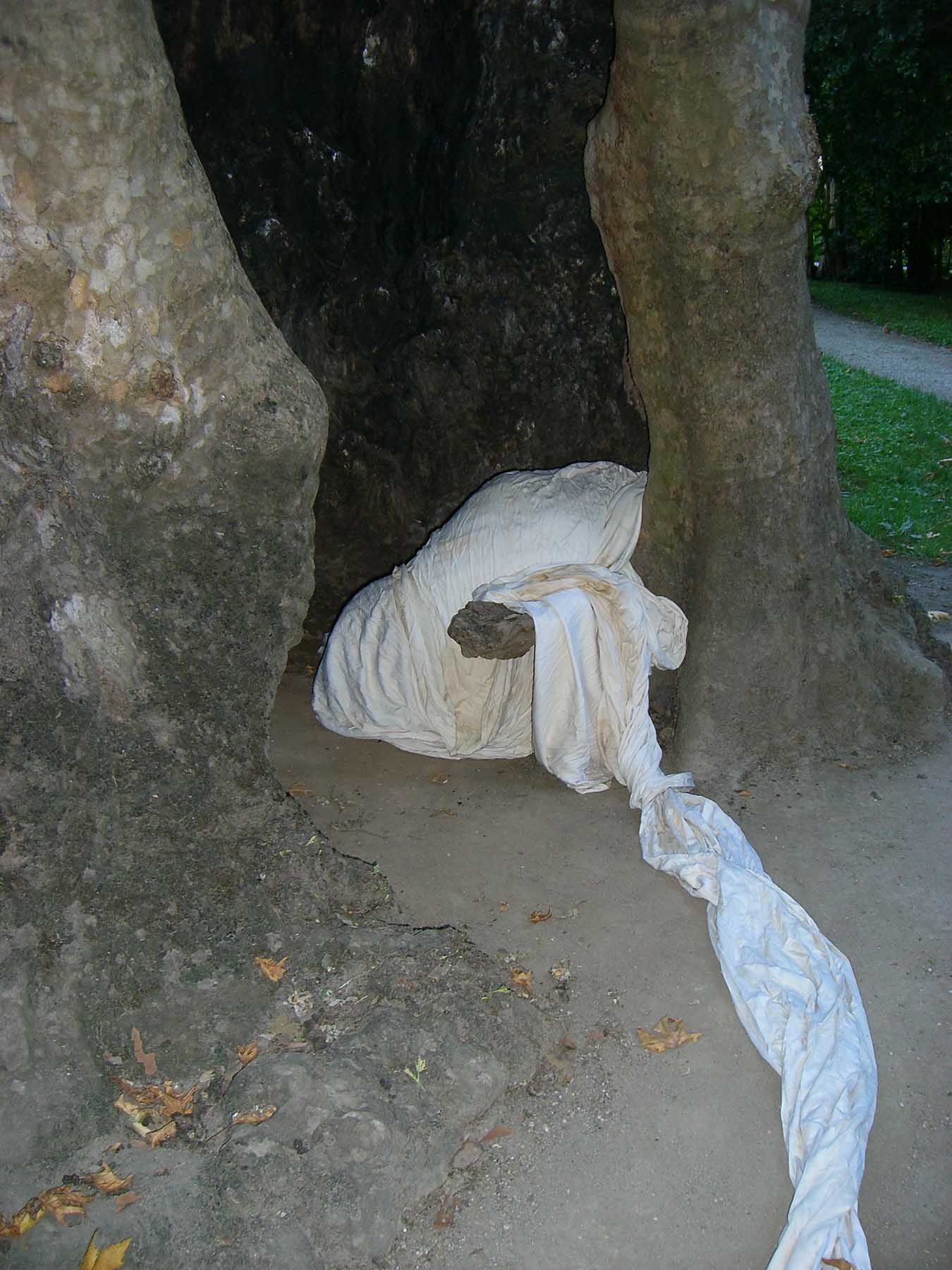 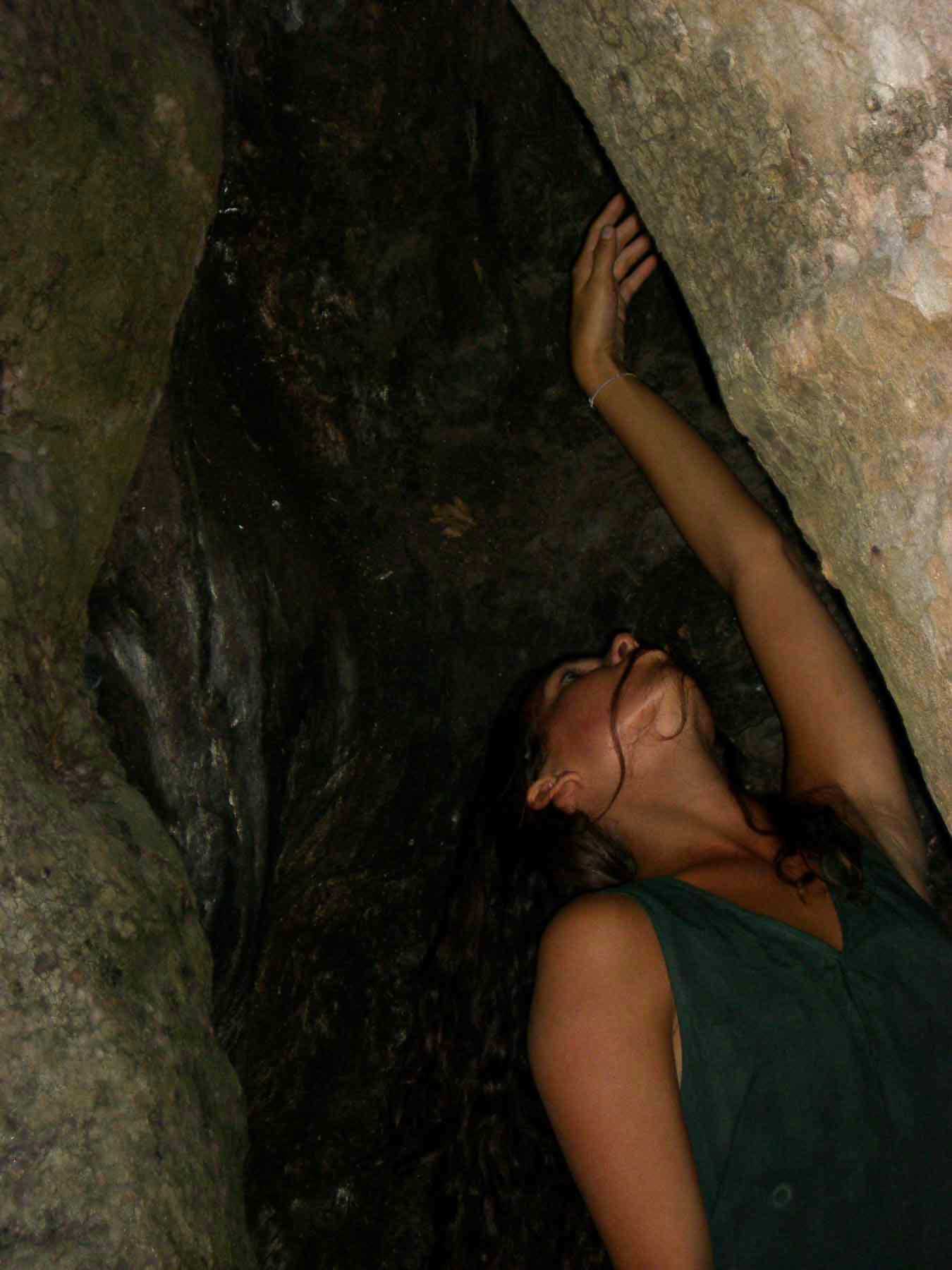 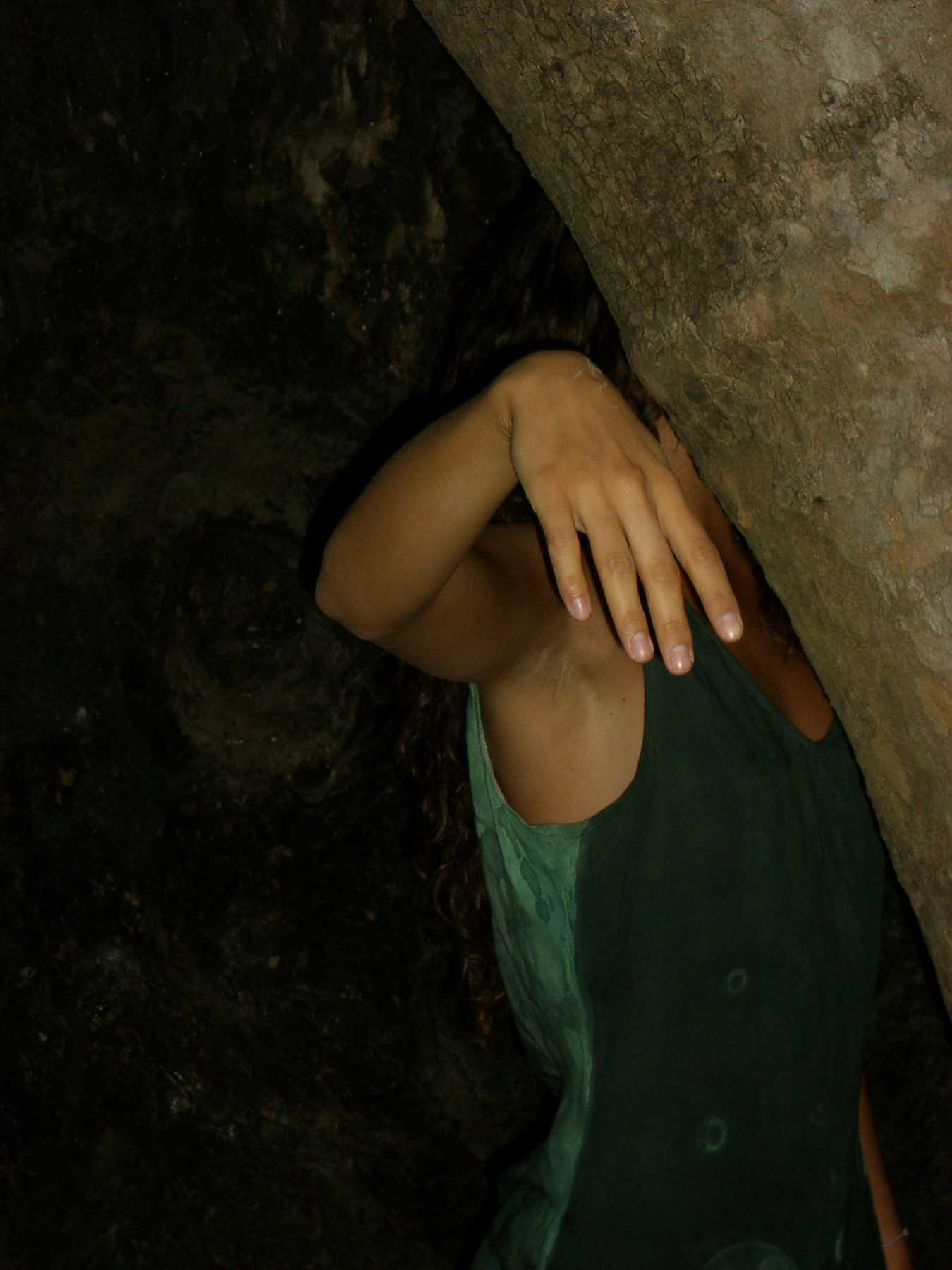 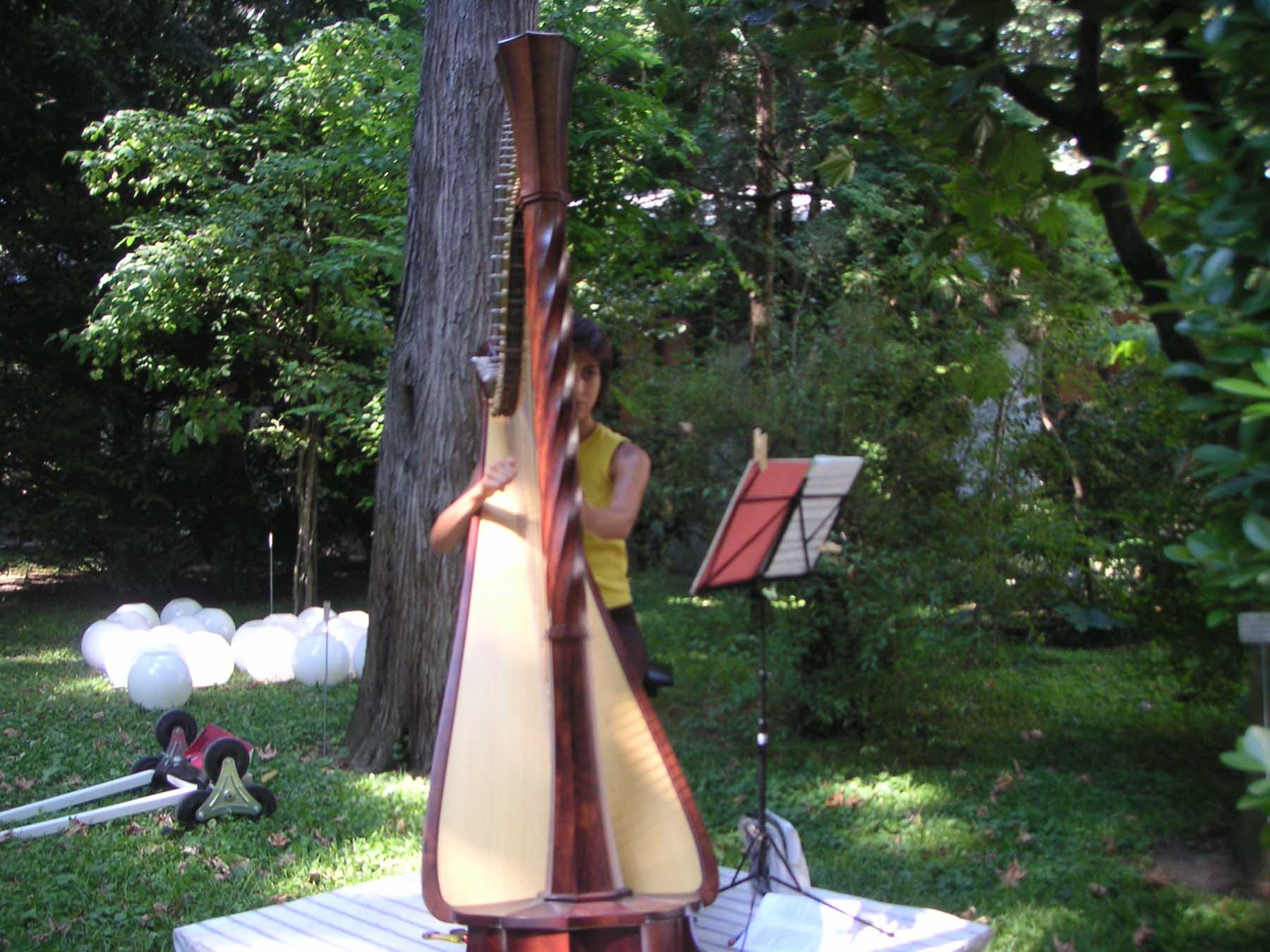 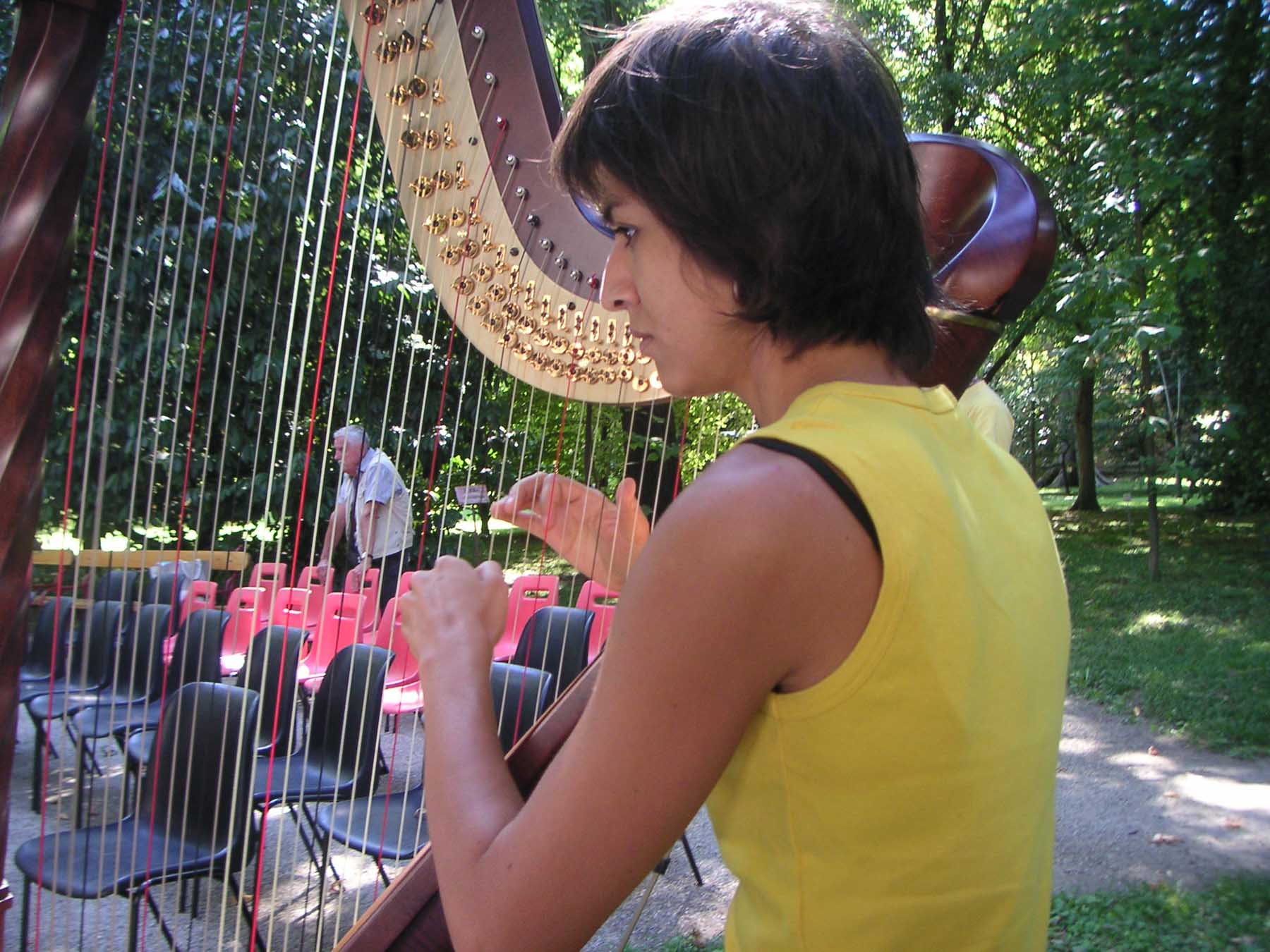 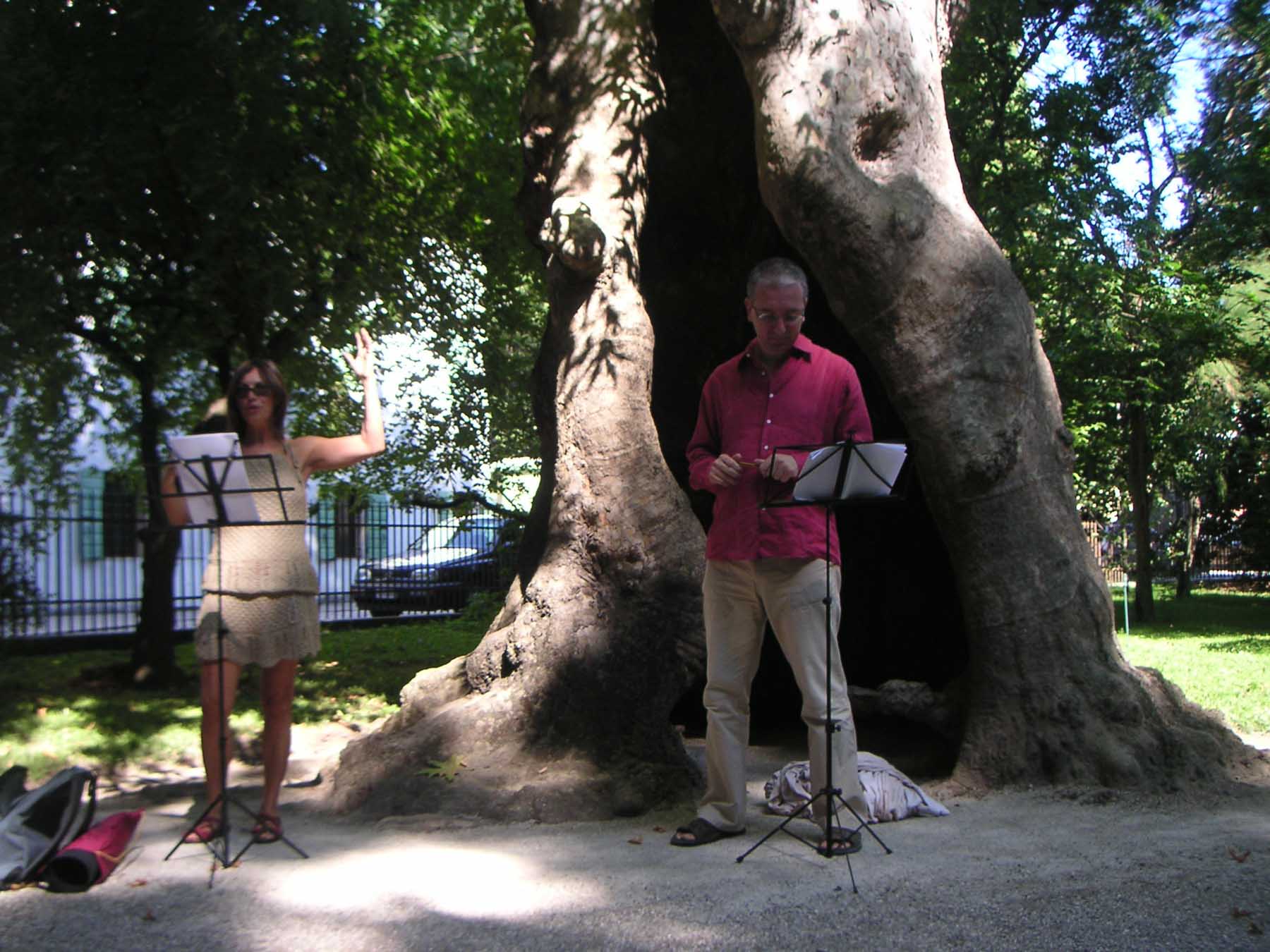 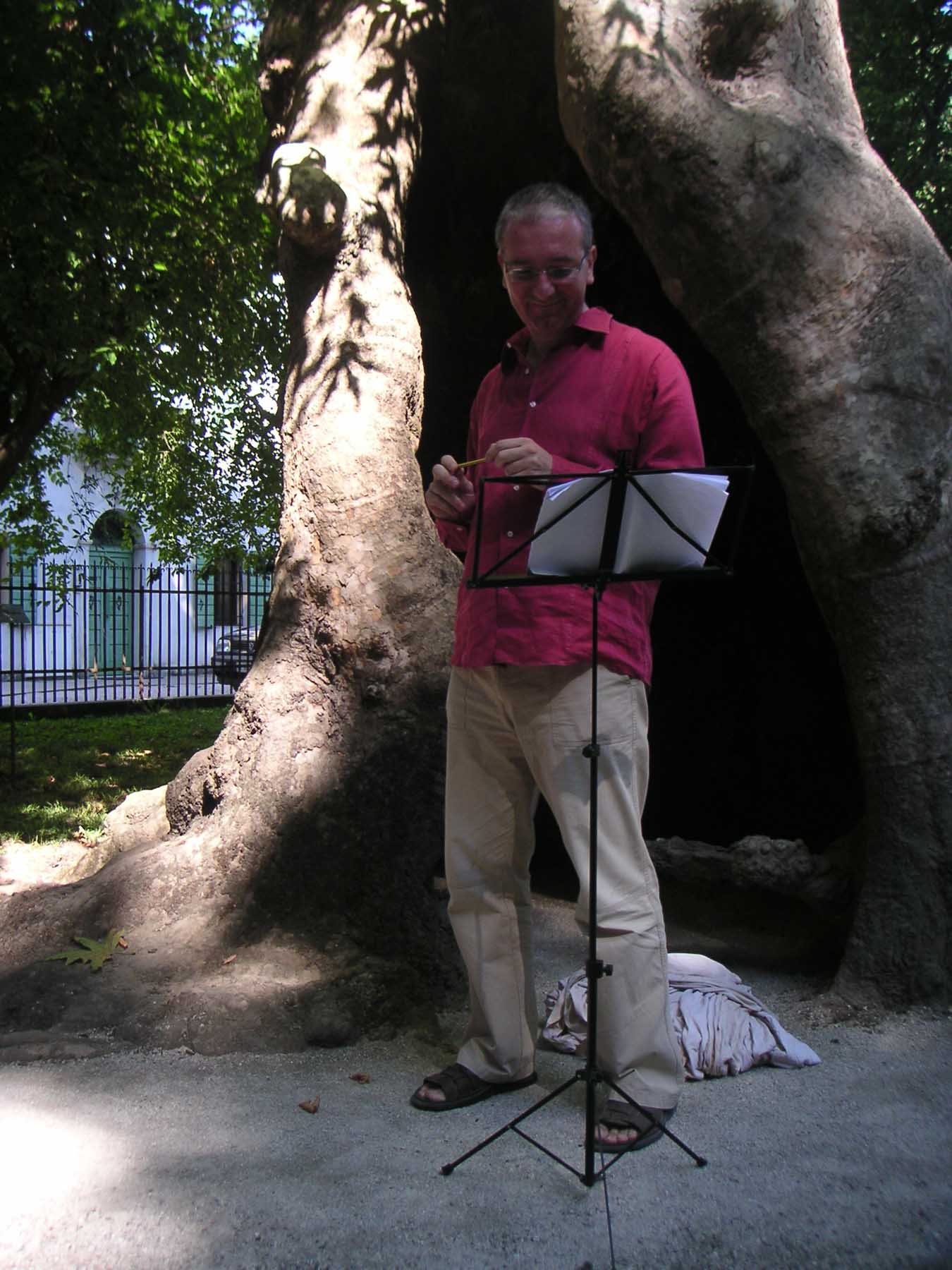 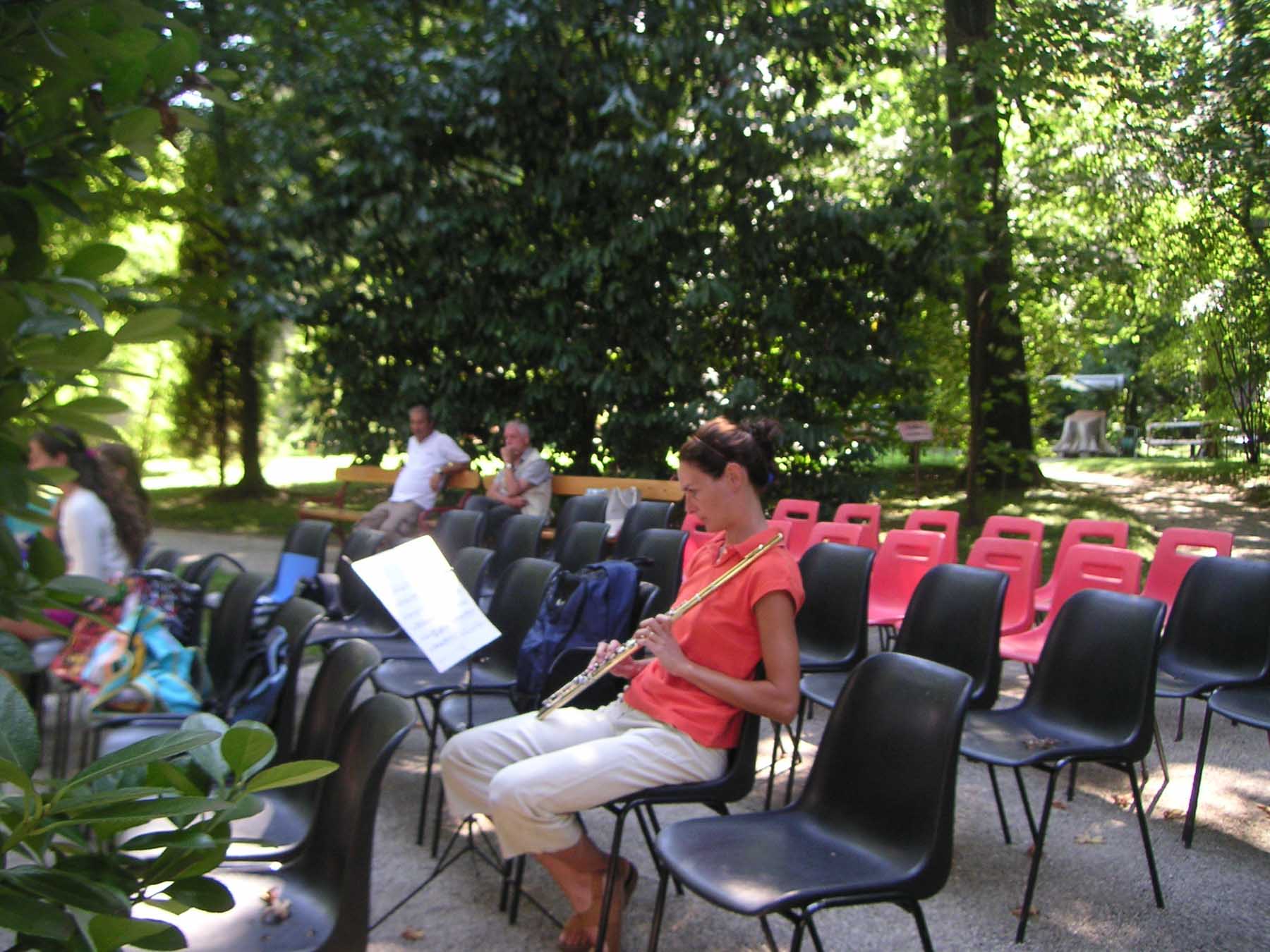 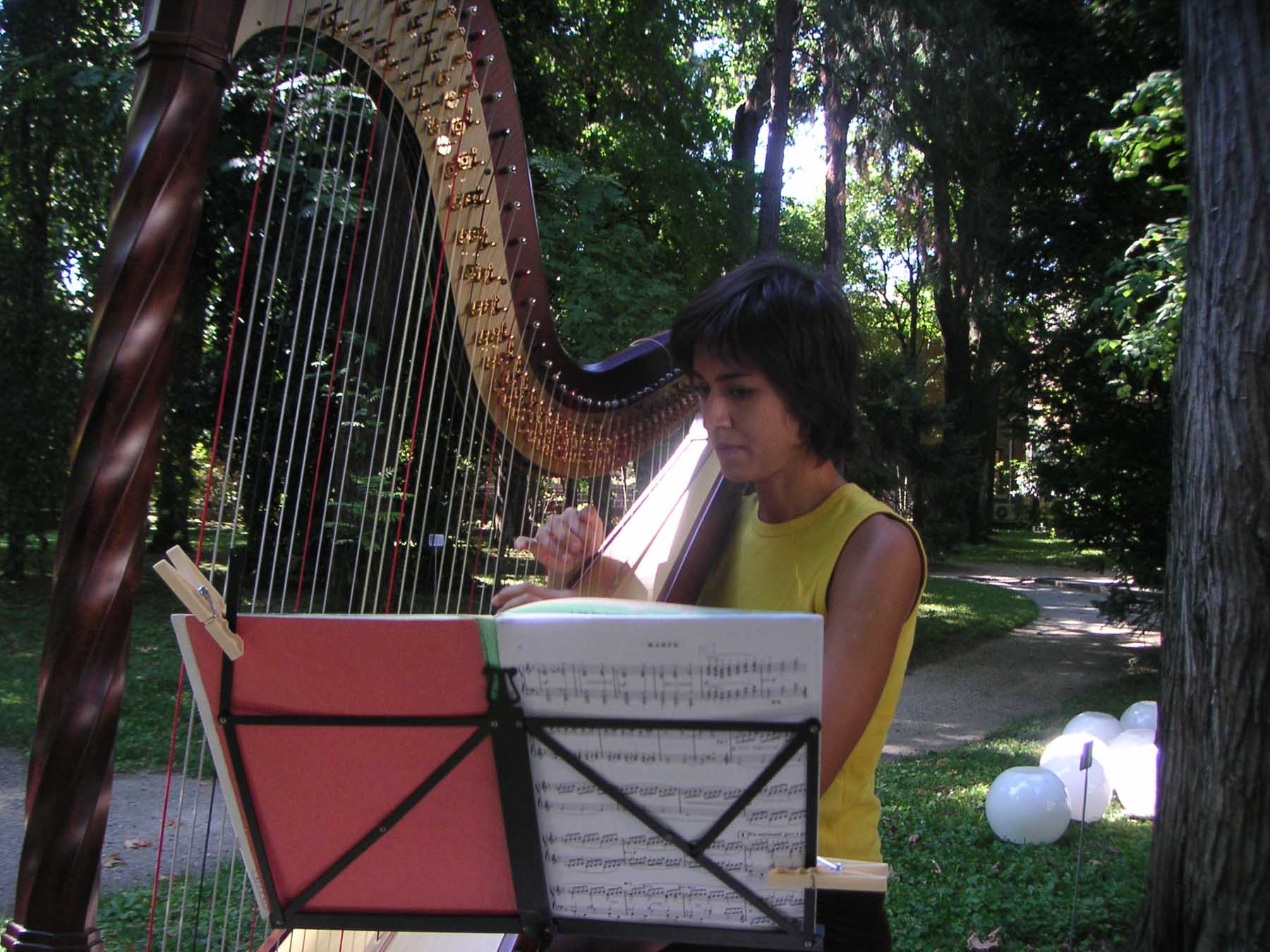 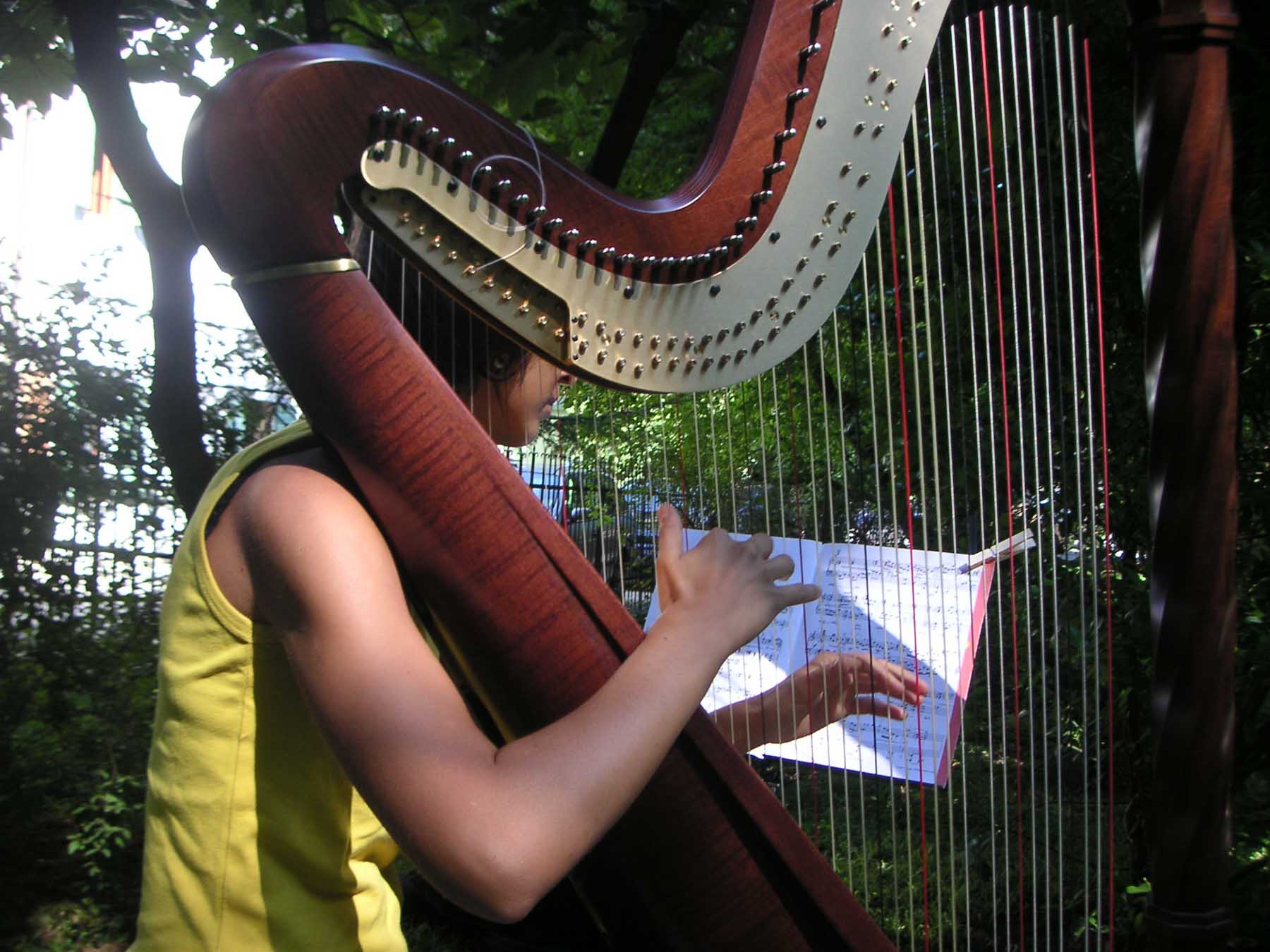 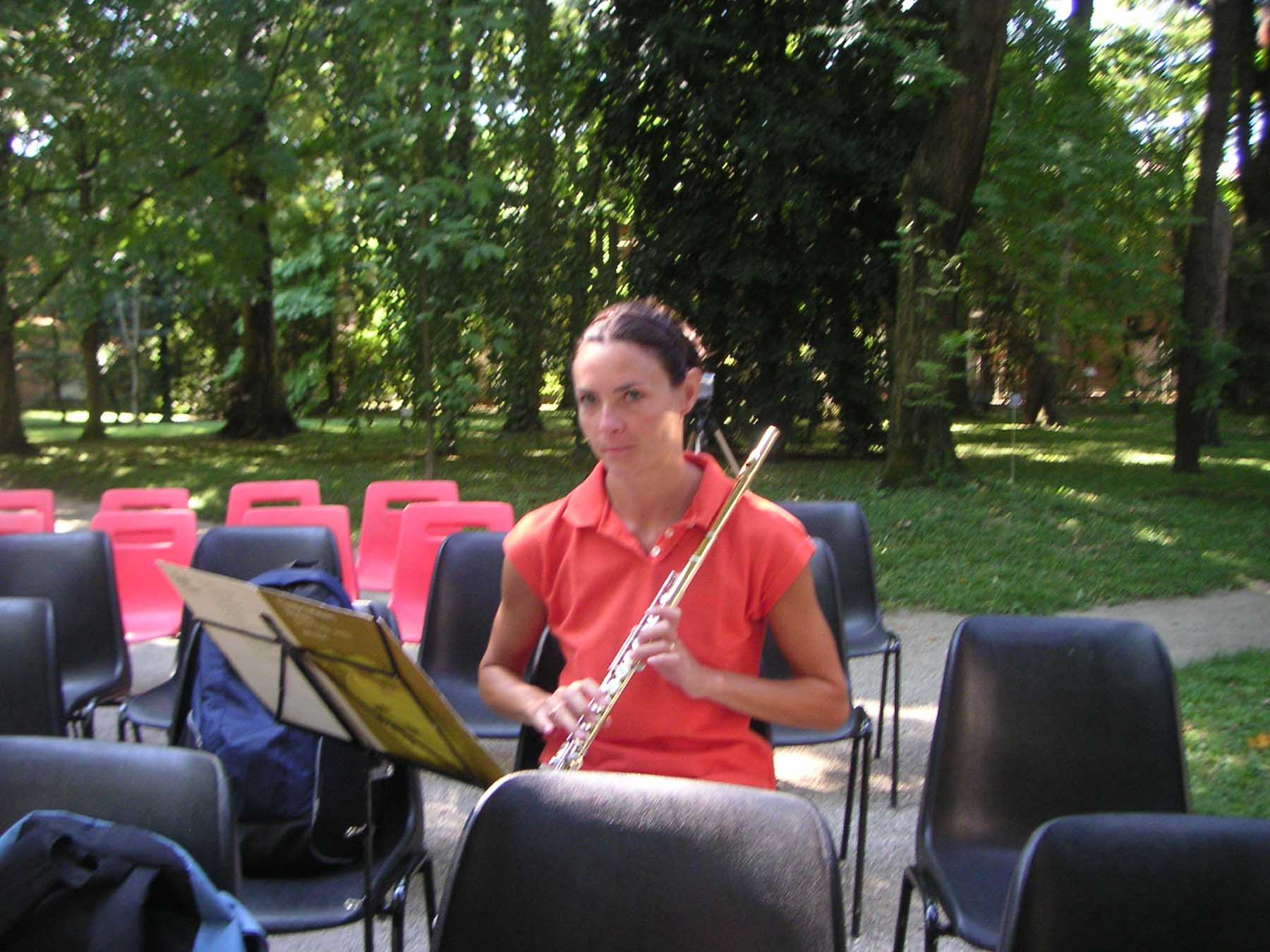